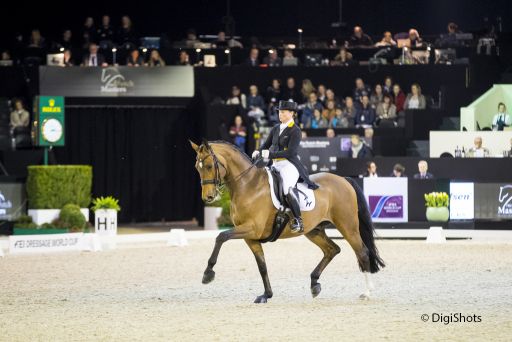 Today title defender Isabell Werth won the FEI World Cup TM Dressage Grand Prix Presented by RS2 Dressage with her 12-year-old Westfalian gelding Emilio 107. Isabell was very satisfied with her test: “Emilio 107 was a little tense but focussed. Unfortunately I made a mistake in the flying changes and he was a bit distracted in the second piaffe, but in general I am very satisfied.”

Tomorrow the World Cup points will be devided among the riders in the Freestyle. Edward and Madeleine are still in the race for a ticket to the final in Paris.