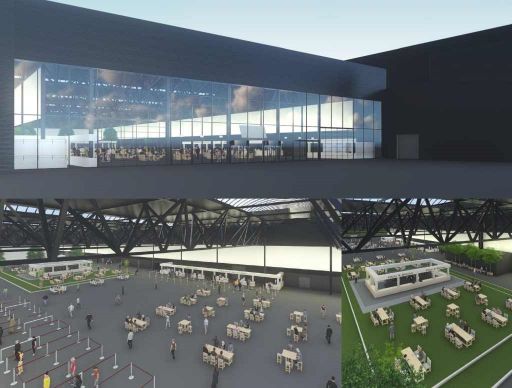 For the first time, The Dutch Masters - Indoor Brabant, held from 8 till 11 March, will be part of the prestigious Rolex Grand Slam of Show Jumping. The Dutch Masters has now joined CHIO Aachen (Germany), CSIO Spruce Meadows ‘Masters’ (Canada) and CHI Geneva (Switzerland, home of Rolex) in the ranks of long-standing traditional Major shows.

The organisation is expecting a top line-up, and among the competitors will be the USA’s Kent Farrington. Farrington won the last major of the Rolex Grand Slam in Geneva and he can win the 500,000 euro bonus in ‘s Hertogenbosch. But there is more at stake for the world’s number one. When he wins The Dutch Masters’ Rolex Grand Prix, he could cash 1 million euros by winning in Aachen. Winning four majors (including Calgary) will give him an unprecedented 2 million euros bonus. “It is a big challenge and I am going to try my best,”,” promised Farrington.

It are also exciting times for Germany’s Philipp Weishaupt . He won the Rolex Grand Prix at Spruce Meadows and is still in the race for the 250,000 bonus. So is Gregory Wathelet from Belgium, who won at the CHIO Aachen in July last year.

Gerrit Jan Swinkels hall
The Brabanthallen have underwent a total transformation. The U-shaped central area of over 7,000 m2 has been equipped with a transparent roof and will serve as the central entrance and meeting area. The new main entrance is named the ‘Gerrit Jan Swinkels hall’, a tribute to the driving force behind Indoor Brabant (The Dutch Masters) who passed away in 2015 at the age of 67. The central entrance is connected to all other halls. An animation of the new entrance can be watched here.

Ticket Sales
The ticket sales is in full swing. Tickets are available from € 12,50. You can order your tickets here.