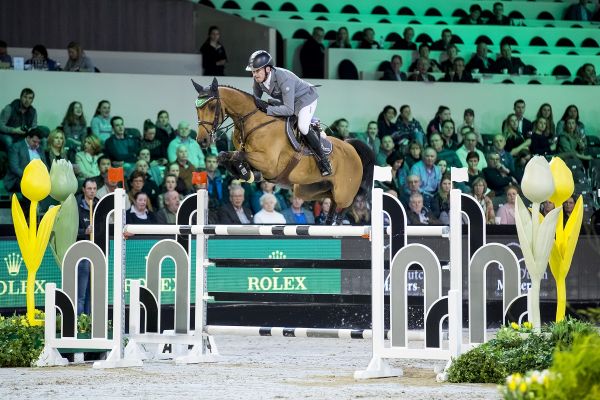 Maikel van der Vleuten had set a very fast time in the beginning of the second round with Arera C (KWPN, Indoctro x Voltaire), but seven combinations later it was Weishaupt who showed it could be done faster. Only Jeroen Dubbeldam and France’s Julien Epaillard jumped a faster round but had a pole down. Finally Maikel van der Vleuten took the runner-up spot followed by German international Christian Ahlmann with Casuality Z (by Cassini II).