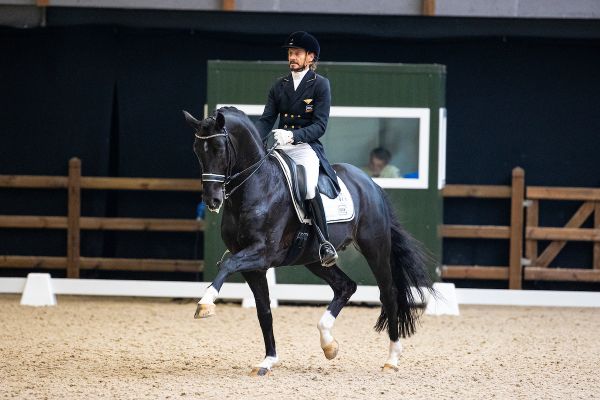 The Dutch Masters has been part of the FEI Dressage World Cup from the beginning in 1986 and the world’s best dressage riders love to come to the Brabanthallen in ’s-Hertogenbosch. Also this year the best riders have announced their participation. The World Cup at The Dutch Masters is important to the riders. It is only the third competition of the season and it is of great importance to many riders to win decisive points for the Final.

Germany will come with a top team lead by ‘dressage queen’ Isabell Werth. Isabell has skipped few editions of The Dutch Masters and won the World Cup qualifier three times in ’s-Hertogenbosch, in 2007, 2009 and 2018. The popular 51-year-old is the world’s most successful dressage rider ever. She won six Olympic gold medals of which five with the Germany team, 13 gold medals at World Championships (five with the team and 20 European titles (nine with the team).

The German team is completed by Dorothee Schneider, Benjamin Werndl and Helen Langehanenberg, who currently takes second place in the World Cup rankings.

Danish Cathrine Dufour, who won the first World Cup qualifier with Bohemian in October last year has also confirmed her participation. The Dutch Masters is also delighted to welcome the young Spanish dressage rider Juan Matute Guimón. The talented 23-year-old suffered a stroke in May 2020 after he dismounted his horse. He was in a coma for 25 days and was paralysed for two months. Now he returns tot he competition ring after long and severe revalidation period.

However, the Dutch top riders will provide some tough competition. The Grand Prix and the World Cup Freestyle are important monitoring points on the way to the Olympic Games in Tokyo for national coach Alex van Silfhout. “I am allowed to send five combinations. I wish I could have more but because of the current situation I understand that this is not possible. It was difficult to make a choice, it took me some time. I have chosen the top three of the National Championships which was held in September last year: Edward Gal, Hans Peter Minderhoud and Emmelie Scholtens. Thamar Zweistra already competed in several World Cup competitions in the past months and Marlies van Baalen performed very well with Go Legend in the competition in Tolbert last week. These five will start in ’s-Hertogenbosch.’”